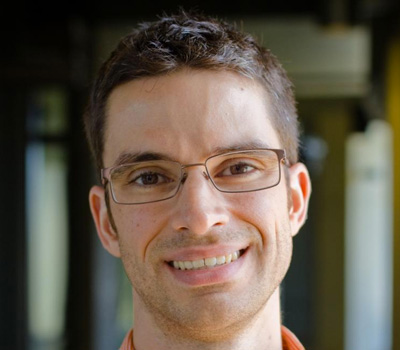 With your donations, Dr. Lipomi's research group will create materials for a "solar tarp" -- an ultra-low-cost and fracture-proof solar panel that can generate energy efficiently for solar utilities, households, disaster-relief, and the developing world.

The problem with today's solar panels is that they are expensive, heavy, and fragile. So, imagine if you could take a solar panel thinner than a human hair, ball it up the size of a grapefruit, and unfurl it on a jagged mountainside to catch sunlight. The state-of-the-art flexible solar technology that Dr. Lipomi of University of California, San Diego is working on is called the "solar tarp" -- an inexpensive, extremely lightweight, portable solar module that could be installed anywhere in the world for a small fraction of the cost of current solar technologies.

Skin-like semiconductors have numerous applications for our future energy needs, such as significantly reducing the costs of manufacturing, installing, and repairing solar panels on a massive scale. Additionally, this research on stretchable semiconductors directly impacts the healthcare industry because of their applications in prosthetic sensors and conformable devices for monitoring electrical, chemical, and mechanical signals inside and outside the human body. Dr. Lipomi's research leads to fundamental discoveries and inventions in the field of multifunctional materials, which currently have applications in energy and health sciences; and more applications are to be discovered!

Dr. Lipomi sought his position in academic research for two equally motivating reasons. First, he regards education as the ultimate enabling force in combating essentially all societal problems; from global warming to disease to ethnic violence. Second, he selected his research topics to blend fundamental science with tangible, near-term applications that if successful would contribute in a significant way to the flourishing of humanity on the global scale.

Darren Lipomi earned his Ph.D. from the Department of Chemistry and Chemical Biology at Harvard University in June, 2010.

He worked in the laboratory of Professor George M. Whitesides in the areas of materials chemistry; nanofabrication, including soft lithography and nanoskiving; materials for optics and electronics; chemical synthesis; and organic photovoltaics.

From August 2010 to July 2012, he was a US Intelligence Community Postdoctoral Fellow at Stanford University, department of Chemical Engineering, in the Laboratory of Professor Zhenan Bao, where his work focused on organic materials for mechanically compliant photovoltaic cells and electronic skin.

He was appointed in July 2012 as member of the faculty in the Department of NanoEngineering, at the University of California, San Diego, in a search across all departments of the Jacobs School of Engineering in the area of Advanced Energy Technologies, where he also serves as the departmental Diversity Officer.

He is an author on twenty-nine publications (including sixteen first-author, six corresponding-author, and three cover articles) and has been supported by three competitive fellowships, including the Beckman Scholars Program (at Boston University), the ACS Division of Organic Chemistry Fellowship (at Harvard), and the US Intelligence Community Postdoctoral Fellowship (at Stanford).

He served for a year as the chair of the departmental Graduate Student & Postdoc Council at Harvard and has a certificate ("mini MBA") from the Stanford University Graduate School of Business. His research has been covered by around one hundred news organizations and sci-tech websites, including CNN, Nature, Popular Science, Wired, Physics World, CNET, PCWorld, and Gizmodo. As a faculty member at University of California, San Diego, he earned the AFOSR Young Investigator Program and NSF BRIGE Awards.

Creating transparent sensors that can stretch to great lengths without getting deformed, all the while sensing pressure

A University of California, San Diego lab took a look at materials that can be both stretchy and electronically impressive, and found there are a few options that could benefit electronics an solar cells

Artificial Skin Gets a Solar-Powered Upgrade

Now artificial skin is not only flexible and touch sensitive, but solar-powered

Researchers at Stanford University in the US have discovered a type of highly elastic, transparent thin film that conducts electricity extremely well

Artificial Skin Feels With Nerves Made of Clear Nanotube Springs

The latest breakthrough from Stanford

Synthetic Skin Transplants Only a Couple Years Away

Researchers discovered that CNTs can be used to develop a high-tech sensor that promises to revolutionize a wide array of industries - from capacitive touchscreens on smartphones, to skin transplants

One of six chosen by peers, Dept. of Chem. & Chem. Biol. Harvard University